The Worst Advice You Can Give to a Pulmonary Hypertension Patient 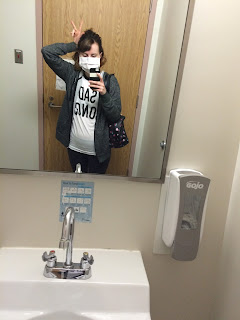 I’ve spoken previously about the day that I was diagnosed with pulmonary hypertension. There are a few moments that stick out from that day that will probably stay engraved in my mind for eternity. When I was first diagnosed, the doctor promptly gave me a life expectancy. It couldn’t have come at a worse time. I was 25 and just starting my career after working less than ideal jobs since the age of 15. I was obviously devastated to hear that my life was ending during a time it felt like it was just beginning. It felt like someone crumpled up everything I worked so hard for and threw it in the trash. As I started to cry my doctor said, “Any one of us could die at any time. I could die in a car accident.” This was the first time I heard this expression, but sadly, it wasn’t the last time.

The advice that “the future is promised to no one” is often said in an attempt to equalize my situation with the rest of the population. Unfortunately, I am not like the majority of the population. I had about a one in a million chance of developing idiopathic pulmonary hypertension. Because the disease is considered rare, Canada does not have access to less invasive medications that have been available on the market for nearly a decade. Because PH is so rare, medications are very expensive, meaning that new medications are not always introduced in Canada, or are not approved for funding.
Pulmonary hypertension causes damage to the heart and lungs, eventually leading to organ failure and death. It is a progressive disease that leaves many people breathless and disabled. I myself am disabled because of pulmonary hypertension, and am oxygen-dependent for certain activities. I was on oxygen 24/7 for over a year after diagnosis. Knowing that PH is progressive, and that I might be that sick again, is very frightening.

While death is promised to us all, there is a difference between living with a fatal illness and living without one. Although I try my best to live in the moment, there is often a dark cloud hanging over me. I worry about what will happen to me. I worry about the slow progression of the disease leading to further disability and death. Life is filled with difficulties and tragedies. However, not everyone will understand the feeling of the dark cloud that living with pulmonary hypertension can put over your life. Able-bodied people who say that “everybody dies” in an attempt to over-comfort are forgetting one of the scariest things of living with a fatal disease: the progression.

In some ways, fatal illnesses are almost romanticized by popular culture. There are so many movies who have used this plot to write a love story. While I am very lucky to have someone who has stood by me through all of this, I know that having a fatal illness is not a selling point. It can create a lot of chaos and complications. My life revolves around medication, doctors’ appointments, tests, restrictions, limitations, disability, and oxygen. I know that not everyone is as lucky to have the kind of love I have in my life. Life-threatening diseases are scary, and sometimes they chase people out of our lives.

I often feel like I am living a fine line between quality and quantity in my life because I choose to do what I can while I can still do it. While all of us will someday die, not all of us will have to live with the burden of having a fatal illness, especially as a young adult.

What’s the worst piece of advice someone has given you about living with pulmonary hypertension?

*This article was originally posted to Pulmonary Hypertension News
Posted by Unknown at 09:11 No comments:

Pulmonary Hypertension and "The Spoon Theory" 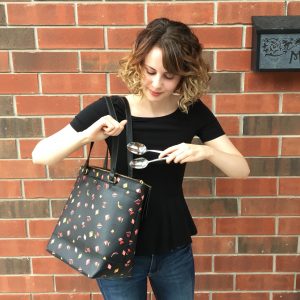 Who Should Raise Awareness for Pulmonary Hypertension?

I am excited to announce that I have a weekly column called "Life with PH" over at Pulmonary Hypertension News. Please be sure to visit the source below to read my first entry about my experience wearing oxygen in public, and whether it helped raise awareness for PH.

Who do you think should be responsible for raising awareness for PH?